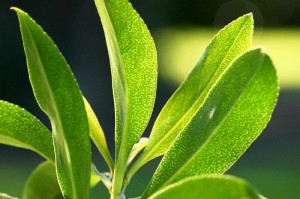 Plants are a lot like people really. They just love stretching out and soaking up sun and moisture.

True, plants are different organisms from us and the animals we’re familiar with. Plants do not have eyes or ears, bones, nerves or muscles. They can’t walk or run around from place to place.
But, just like us and animals, plants are sensitive to light and vibrations. They have a supporting skeleton, they display electrical activities, and they do a considerable amount of moving. They are living, breathing organisms.

In fact, a living plant is very much like a busy city – only much more complex. Plants are built up of thousands of units, known as cells, just as cities are largely made up of buildings. Just as city buildings have different functions, so do plant cells – some are factories, so are for storage, some form a transportation system like the plumbing of a city. The people and workers in cities correspond to the active ions and molecules, enzymes and energy carriers that help “run” a living plant.

And surrounding these “plant cities” is the soil. And, just like the environs and hinterland of cities, so the rhizosphere – the zone close to plants’ roots – soil has a massive influence on plant life.

The soil around plants is perpetual motion – atoms, ions, molecules of all matter constant vibrate and float around. Fuzzy-looking spheres and lumps of various sizes float and zoom by – they’re ions and molecules of water, hydrogen, carbonate, calcium, potassium, ammonium, nitrate and so on.
Monsters, such as bacteria and protozoans (one-celled animals) also snuffle and gurgle about; there may be snakelike nematodes or threadworms.
Primarily, plants absorb water and nutrients from the soil. If they do not get enough of either, they will not grow.

The absorption of water into plants is controlled by osmosis – which relies on the relative percentages of water on the outside of cells compared with that within. Water moves from where it is more concentrated to where it is less concentrated. So, if there is more water in the rhizosphere than inside a root, water automatically and easily seeps through. Sets of tiny hairs on the tip of plant roots add surface area to improve absorption.

The only complicating factor is that some water molecules are held so tightly on the surface of soil particles they can never be absorbed by roots.
If plants do not get enough water, they die. Drought – not enough water in the soil – is one cause. But plants can also die because too many salts have been dissolved in water, lowering relative percentage of water outside the root cells. This leads to reverse osmosis, where plants lose rather than absorb water, and either die or suffer root damage. The problem occurs from farmers applying too much salt fertiliser or manure to the soil.

In addition, the more humus – which works like a sponge – in soil, the more water it can absorb and hold, and the better the plant growth and crop.
Once water reaches the central core of a plant root, which is where the “plumbing” is, it enters the water-carrying tissue and is delivered via the root and stem system to wherever it’s needed.

Plants need a variety of chemical nutrients. Essential plant nutrients come as macronutrients (such as nitrogen, calcium, phosphorus, potassium, magnesium and sulphur) that are needed in larger quantities, and as micronutrients, or trace elements, such as iron, copper, zinc, cobalt, boron, manganese and molybdenum ) that are needed in very small amounts.
Plants can take in nutrients in various forms – as simple ions (potassium, calcium, zinc), as molecular ions (nitrate, ammonium, sulphate), as chelates (iron, zinc, copper, manganese, cobalt), as organic molecules (amino acids).

However, the system can be fouled up. Too heavy an application of highly soluble salt fertiliser will “flood” the soil water with so many ions the plant will be forced to take in more than it needs. This can upset its metabolism and can be toxic to animals.

But there is a second line of defence. Plant roots have a layer of cells, called the endodermis, just outside their “plumbing region”, which acts like a filter regulating the passage of water and nutrients from outside to inside. The endodermis can help protect the plant against toxic elements or help it concentrate needed nutrients and reject abundant unnecessary ones.