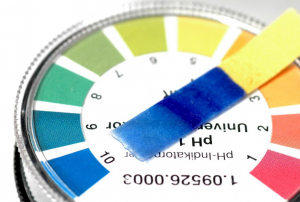 pH is a soil condition you hear about a lot from “experts” – excessively so, in fact. Nevertheless, pH is important, and we should not ignore what it is telling us.

pH measures soil acidity and alkalinity. And, as soils become more acid, grasses and clover do not grow as well. Which reflects why pH levels provoke so much interest in New Zealand’s grass-based agricultural system?

The acidity or alkalinity of any substance is defined by pH using a scale of numbers from 0 (most acid) to 14 (most alkaline) with 7 neutral. Most soil pH varies from 4 to 10, but most crops do best in slightly acid soils (6-6.8).

Soil pH affects the availability of nutrients, which may be connected with nutrient deficiencies and toxicities; it also determines the types of soil organisms and their ability to flourish – most bacteria, for example, cannot live in very acid conditions, whereas many fungi can.

The traditional belief is that acidity is bad and should be countered by the application of lime. But it is important to remember that some acidity is necessary for plants to absorb certain nutrients from soil colloids.

We should also remember that, when pH levels are above 6, the nitrogen-fixing bacteria azotobacter can flourish; well aerated soil allows aerobic bacteria to grow, along with fungi and actinomycetes. But if heavy rain accumulates in a low area, air is excluded and harmful anaerobic, denitrifying bacteria are allowed to release nitrogen, while fungi actinomycetes and aerobic bacteria remain become temporarily dormant.

It’s also worth noting that experts usually base their liming recommendations on one pH test. But testing several times a year reveals that pH can change significantly during a growing season. What’s more, fertilisers and soil conditioners have short-term and long-term effects on pH.

So, as long as the pH does not reach extremes either way, testing and “correction” are less important than many people think. The use of lime to “sweeten” soil is a case of doing the right thing for the wrong reason. In fact, crops benefit more from the calcium they get from the lime than they do from pH control.

Once soil pH drops under 5.8, the availability of organic nitrogen to grasses and molybdenum to clovers is reduced.  As pH drops below 5.5, the amount of toxic aluminium and manganese in the soil increases, and roots do not grow into the soil. The result is that plants suffer more when rainfall is low.

While nitrogen fertilisers (except calcium ammonium nitrate and any nitrate fertiliser) do increase soil acidity, their effect is much less than photosynthesis and nitrogen.

MAF says that evidence from recent trials demonstrates that when soil temperates fall below 6ºC when nitrogen uptake is low, the risk of loss from leaching rises. MAF suggests farmers follow these strategies: