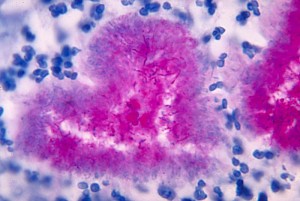 Remember the old line about what happens to composers when they die. They decompose. Well, forget all that when it comes to dead organic matter and the soil. Because quite the opposite occurs.

Dead organic matter – in the form of the dead bodies of plants and animals, plus the waste excretions of animals – is broken down and returned to the soil so that the nutrients it contains can be reused by plants.

Today’s environmentalists call it recycling. But Nature has been on to this secret since the world began. It is the final – or should that be the first – link in the food cycle.

There’s a whole host of special organisms out there ready, willing and able to break down -or digest – organic matter. They’re the decomposers, and they use this organic matter for food to build their own bodies or cells; when they eventually die or are eaten by other soil organisms, the nutrients can be used by plants.

The most important of these decomposers is the micro-organisms: bacteria, actinomycetes, fungi. Earthworms also perform valuable service if they’re around by consuming and chewing fresh organic matter into finer particles that can later be more readily attacked by the micro-organisms. Worms haul a lot of surface organic matter down to the deeper layers of the soil. They also aerate and turn over the soil through their burrowing activities, and they enrich the soil through their waste and dead bodies.

But back to the main working decomposers. Single-celled bacteria help decompose organic matter to form humus, convert inorganic chemicals into useful plant nutrients, and break down (detoxify) man-made toxic chemicals. Thread-like actinomycetes help in producing humus, while the similarly thread-like fungi produce humus, with one fungus type (the mycorrhizae) symbiotic in the plant roots where it helps with nutrient absorption and root growth.

So, the hungry army of decomposers starts with a food source that contains a large amount of the components of plant-cell walls – cellulose, hemicellulose, lignin. These materials are very resistant to decay, especially lignin which can take years to break down. The rest of the plant material is made up of whatever cell contents used to be in the plant, and includes sugars, starches, fats and proteins, all of which are easily digested.

These initial components of organic matter have much more carbon than nitrogen. Animal manures not only contain a considerable amount of undigested food containing these components, but also millions of bacteria (living and dead) from the animal’s digestive tract, important mineral elements (calcium, boron, manganese, copper and zinc), and vitamins.

What exactly happens when dead organic matter decomposes depends on the circumstances.

If material is left exposed to air on the surface where temperatures do not favour microbial growth and where there is too little moisture, a slow process of decomposition occurs. It is known as oxidation/mineralisation. The elements of carbon, oxygen, hydrogen and nitrogen, which make up carbohydrates, fats and proteins, are released into the air as gases: carbon dioxide, water vapour, nitrogen, nitrogen oxides. The inorganic mineral elements (sulphur, potassium, phosphorus etc) are returned to the soil.

This process of oxidation/mineralisation is very wasteful, as a lot potentially useful energy and nutrients are lost into the air. Only the minerals are saved for later use. However, there are advantages of leaving organic matter on the surface as a mulch: protection from erosion; better water absorption and retention; moderating soil temperature; weed control.

Nutrients can be used much better if organic matter decomposes in the soil, not on it, as the moisture and temperature conditions are more favourable for the growth of micro-organisms.

Decomposition can happen anaerobically or aerobically.

Anaerobic decomposition occurs wherever organic matter does not contain much or any oxygen – such as inside a pile of manure or deep in the soil. Typically, the organic matter goes through two stages – ammonification when some bacteria release considerable nitrogen in the form of ammonia; fermentation when bacteria and fungi release gases, many of which have strong smells and some of which are toxic to plants and animals. It’s what you notice when your nose gets too close to manure, rotted grain or silage.

There is little cellulose or lignin breakdown in anaerobic decomposition (these are the conditions under which peat forms), and it is a slow process (up to 10 weeks) that releases little heat. Aerobic decomposition has the advantages of providing more nutrients to plants without producing toxic by-products.

Aerobic decomposition happens quickly and releases a considerable amount of heat. Several types of micro-organisms take turns in breaking down the various elements of the organic matter. 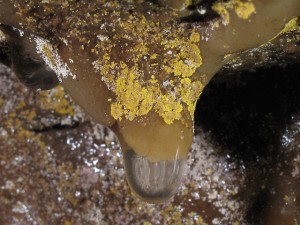 Aerobic decomposition creates humus – a complex, colloidal material containing proteins, lignin, fats, carbohydrates and organic acids, plus other broken-down products, metabolic products, and the remains of the micro-organisms that did the decomposition job.

Humus is very valuable to the soil because it is a storehouse of plant nutrients, it helps make nutrients available to plants, and it improves soil tilth.

In reality, of course, most organic matter decomposes under both anaerobic and aerobic conditions. On the outside of a mass of organic matter, there will be plenty of oxygen and aerobic organisms flourish. Inside the organic matter or in poorly aerated soil, the conditions are anaerobic. In addition, many bacteria can function as either aerobes or anaerobes.