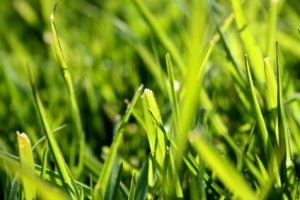 When we at Fertilizer New Zealand, talk about the urgency of managing nitrogen-fertilizer use, we know we are in good company.

Nitrate losses to the environment were identified as “a key challenge for farming” in the 2004 findings presented by the Parliamentary Commissioner for the environment, Morgan Williams, in his report, ‘Growing for Good: Intensive farming, sustainability, and the New Zealand environment’. Williams drew on the words of Australian CSIRO researcher Barney Foran to an international grasslands conference in Palmerston North more than a decade previously:

“The biggest challenge at the moment is to produce a vision of why we produce products from grasslands. If we are worried by the energy consumption of our developed economies, then we must develop low-energy, integrated pasture systems that give high-quality products with no downstream pollution effects – a “cradle-to-grave” concept.

“Our experimental methods must now be redesigned to reflect product quality rather than product quantity. We must re-examine why production per hectare is seen as the holy grail. In many areas, land is overvalued in terms of its productive worth, rather than limiting in amount. We could do better by helping to crash land prices rather than developing technologies to run the land harder to make it pay.

“Grasslands give much more than production. Using our grasslands are people who are real, and have life goals. Many of our landscapes are beautiful and biodiverse, and our technologies must accommodate these other uses.”

Eleven years on, Williams reinforced Foran’s synopsis as being “even more pertinent”. “Unfortunately,” Williams adds, “New Zealand has made glacial progress in addressing (or even fully acknowledging the issues, opportunities and needs…in particular, the need for a new vision and to redesign farming systems seems to have gained little traction”.

“We cannot continue to respond so slowly and in such a piecemeal fashion.”

“Hear, hear,” you will hear from us at Fertilizer NZ. Just like Barney Foran and Morgan Williams, our aim is to help farmers towards sustainability and wealth. We do it by providing them with products designed to keep the soil nutrients in balance, and, therefore, keep the soil healthy.

One of the secrets to Fertilizer NZ’s success is our access to special microbes that are renowned internationally for their ability to bring added value to soil.

These microbes – mycorrhizal fungi – have been shown to increase plants’ ability to absorb soil nutrients. There is a best balance of micro-organisms for each type of plant. If it’s right, the plant lives at its healthiest, and often yields to higher levels.

By judicious use of these fungi, phosphate in the soil can be used more efficiently, less nitrogen fertiliser needs to be used – and, all the time, production is maintained.

While several million microbes live in the soil, even more – up to 100 times more, in fact – live near and in the roots of plants. These microbes give phosphate to roots and, in return, receive carbon dioxide. In other words, they do naturally what nitrogen fertiliser is intended to do.

Mycorrhizal fungi are widespread in New Zealand’s native forests, native tussock, and agricultural and horticultural soils. They spread out into the soil, increasing the area of the host plant’s root system and stimulating soil phosphorus uptake. This improves clover growth at low to moderate soil-phosphorus levels and ryegrass growth at high soil-nitrogen levels.

Some strains of these fungi are more efficient than others, and some soils contain only inefficient species. The introduction of the more efficient fungi to these soils will increase plant growth through enhanced uptake of phosphorus.

It’s easy to overlook microbes. They’re infinitesimal beings so tiny you need a high-powered microscope just to sight them. They are so numerous that a teaspoon of soil contains more bacteria than there are people in the world.

And our entire existence depends on these unseen earthlings.

Obviously, at Fertilizer NZ, we are aware of the crucial significance of microbes. We are not alone. Many scientists and soil specialists around the world are aware of how much we depend on these mites, even though it is believed that barely 6% of soil microbes have been discovered out of potentially 1.5 million species of fungi, 1 million species of nematode worms, and similar multitudes of bacteria.

One is Landcare Research scientist Graham Sparling who sums up soil succinctly: soil is soil only if it has biological activity, otherwise it’s dead like moon dust – and we are lucky to have it in New Zealand. He is adamant humans have gone too far in their abuse of the soil that is their life-blood.

“We think soil comes for free,” he says. “It’s our repository for waste, it cleans up our excess liquids, contains out contaminants, and we use it for sports fields, golf courses and cricket pitches. We do all that, and think soil is miraculously going to take it all.”

No, he says, New Zealanders’ habits are coming home to roost as we tread down the same path as the European and Americans – unless we take action. 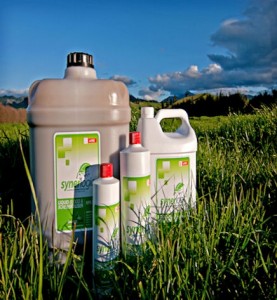 Which is where Fertilizer New Zealand comes in. Our philosophy of restoring and maintaining nutrient balance in soils, and fostering microbe populations, is designed to slow down the degradation Sparling speaks of and to reverse the trend.

Sparling, who has issued dire warnings on the state of New Zealand’s soils and natural environment, briefed Morgan Williams. Many of Sparling’s sentiments are echoed in Williams’ report which pinpoints the management of nitrogen fertiliser use as a key plank in the redesign of farming.

We believe Fertilizer New Zealand is capable of cleaning up New Zealand’s water – much of which is under threat from nitrate run-off and leaching.

Which is very much what Fertilizer New Zealand’s philosophy and practice is all about.