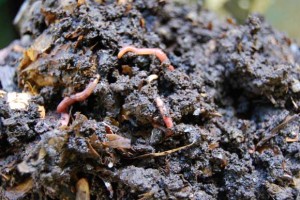 Nearly all of us are familiar with composting. For many of us, it’s going on in our backyard everyday. Like rust, it never sleeps.

But composting – the practice of letting organic matter rot before you apply it to the soil – is more than merely a backyard hobby. It’s a direct application of microbial decomposition to agriculture, and is particularly favoured by followers of organic farming methods and, of course, by many gardeners.

It’s quite simple really. You just let organic matter rot before you put it on the soil. The product of this rotting (decomposition) is compost – and it is essentially humus, which, of course, is so crucial to soil health.

It is, therefore, very beneficial to the soil, particularly well-drained, sandy soils because it reduces drainage (leaching) more than fresh, uncomposted organic matter will.

Compost also has “instant” properties. It comes already prepared (“instant” humus), and its beneficial properties are available to the soil immediately – no waiting weeks or months for organic matter to decompose in the soil. Compost is an instant elixir – it can transform unhealthy, poorly aerated, toxic soil that lacks beneficial organisms into healthy and aerobic soil.

In contrast, adding fresh organic matter to unhealthy soil will do no good, and often causes harm by promoting anaerobic decomposition. What’s more, if fresh organic matter is added to soil, the rapid microbial decomposition “ties up” most of the nutrients before the crop plants can use them. In other words, the micro-organisms compete with the plants for nutrients which do not become available to plants until the micro-organisms die.

Compost, however, does not cause this problem, and can be applied at any time. If it is applied at high temperatures, it kills weed seeds and disease-causing organisms.

On the minus side, some nutrients and carbon dioxide that could be used by crop plants are lost during the composting process. If the soil is healthy, and fresh organic matter is applied in the right way at the right time, the results can match or better those of compost. 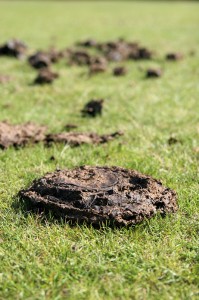 Ploughing under a growing crop is generally very beneficial to the soil and future crops. Young growth is usually decomposed very quickly, adding nutrients. Older plants have more resistance to decay and, therefore, contribute more to the soil’s humus content. Ploughing in non-legumes creates rapid decomposition, which temporarily ties up nitrogen needed by crops; legumes, however, can increase the soil’s nitrogen content straight away. Hence the practice of planting a mixture – a legume, with a grain or a grass.

Green manures generally release their nutrients quickly, benefit only one year’s crop, and contribute little humus to the soil. Animal manures decompose more slowly, provide nutrients for more than one year, and add more humus. Mixing the two picks up the advantages of both.

Soil decomposers also provide another valuable service: the breakdown (detoxification) of many of the toxic chemicals we spread so liberally around the environment.

Many herbicides and pesticides are highly toxic, often to “good” animals and even to crops. They may also pollute and accumulate in soil, surface-water and groundwater. Fortunately, many herbicides are less dangerous, and most do eventually break down, some faster than others.

Some become held (absorbed) by particles of clay and organic matter, where their toxicity is greatly reduced. Some are broken down by sunlight or chemical reactions with soil.

But a major method of breakdown is by the metabolic activities of living soil organisms. Soil bacteria are especially talented at degrading many pesticides simply by using them as food. High levels of herbicides or pesticides will kill most or all soil life in a local area, but new organisms usually colonize the poisoned area from surrounding soil. Some toxic chemicals are readily broken down, but others are very resistant to microbial attack.

High humus levels in soil are the most important factor in facilitating pesticide degradation. Unfortunately, many modern farming practices generally reduce or destroy humus, along with the beneficial organisms that produce it. Too often, more and more pesticides and herbicides are poured on to kill the weeds and pests that result from destroying humus and soil organisms.

It’s one of those vicious circles. And it doesn’t really make much sense – does it?